Everything Everything release video for "The Mariana"

Posted by Fred Bambridge on March 05, 2018
Since the release of their brand new EP, "A Deeper Sea" which is out now, Everything Everything have been on a tour around the UK, and today sees the release of the video for "The Mariana".The new "A Deeper Sea" EP features two new tracks "The Mariana" and "Breadwinner", backed up with a Tom Vek remix of "Ivory Tower" and a cover of Neil Young's "'Don't Let It Bring You Down", which was recorded at Maida Vale. 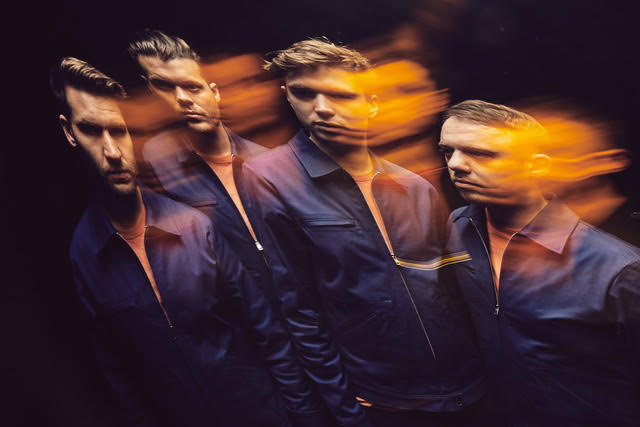 Speaking about the video and song frontman Jonathan Higgs explains, "The song talks about male identity and the current high rate of suicide among men in the UK, I wanted to capture some men in a natural setting - no actors or contrived sequences. I settled on amateur football as it's so closely allied to male identity, and a game is a good place to look for unguarded emotions, separate from the everyday. We filmed The Granada Old Boys at Manchester Tennis and Football Centre, in the shadow of the Eithad Stadium."