"Anorac" shows the depth and breadth of Welsh indie music 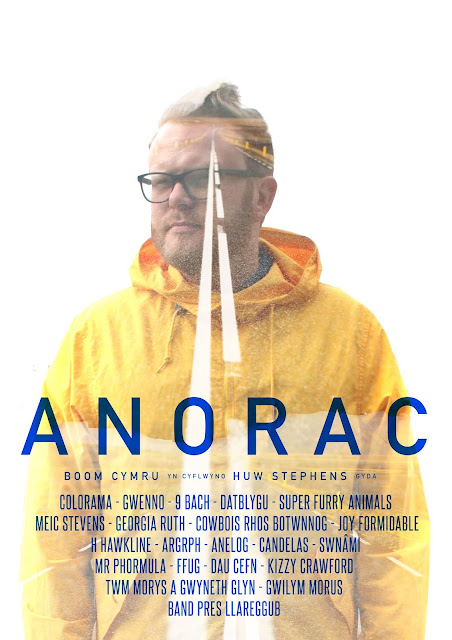 This Thursday Londoners will get a chance to experience the premiere of Doc'n Roll Film Festival's Screening and Q&A of Anorac, the new Welsh language film about indie- rock, pop and folk music that has come out of Wales. Selecting the Barbican Centre as the UK capital's screening location gives an idea of how special this is going to be. We are not only talking music, this is also about art and beauty, history and culture.

Directed by Gruffydd Davies, and featuring DJ and radio host Huw Stephens, this remarkable film ponders if "Culture and music has the power to change things?" There is reason to say yes to that question. The title of the film is a nod to unfashionable obsessions and rainy climates, but above all, it is a document of Huw's musical road trip across his country. Travelling by train, bus and taxi from Cardiff to Ceredigion, Clwyd to Caernarfon and the Eisteddfod to Portmeirion's Festival No. 6.

Do expect cosy, personable and special detours to record shops and music venues as Huw seeks to uncover a world of bards and beatboxers, sixties trailblazers and creative superstars, folk duos and troubadours, rock bands and refuseniks.

Collectively and individually the artists featured in this film consider conflicts between progress and nostalgia, history and poetry, nationalism's pride and its darker side as well as the local and the global. Speaking to It's all Indie director Gruffydd Davies told us that the film's focus is on bands and artists that were prominent in 2015 and 2016.

"But I was also after a broad spectrum of music styles, and also a few older artists that could give me a different perspective. A few had certain songs that resonated with the themes that I was playing with in the film." 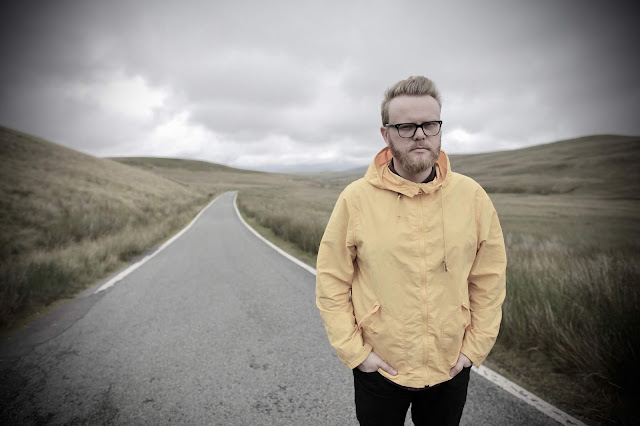 Divided into four parts and four locations, Cardiff, west, north east and north west Wales, a lot of work went into considerations on how the bands and artists would be featured within this composition.

Viewers who are familiar with this type of music film might recognise a connection and/or references to Cross the Bridge about the music scene in Turkey and Sigur Ros's Heima, a film that sees the band tour various Icelandic venues.

"They both made a big impression, and ultimately made me think that if a music fan like myself could spend an evening watching music from other countries or cultures on film, why not make something about my own languages music scene, in the hope of emulating both these films and getting it shown to an audience that possibly has no idea of what we have going on here in Wales, in the Welsh language."

"I figured even if I wouldn't be able to get my film seen outside Wales, there would always be an audience, albeit small, of Welsh enthusiasts keen to support a film of this nature."


There is no doubt Davies' background, working in music and television, eases the transition to film. The director used to produce a Welsh language weekly music show on S4C called Bandit.

Huw was one of the presenters on the show, and the two were already used to working together. As the pitching for Anorac was in full progress by 2013, it became obvious that the BBC Radio 1 presenter's passion for the music also made him the ideal person for the part.

"Huw was the perfect choice to front the film. He is such a supporter of Welsh bands and the music scene, it was a no-brainer really. As the of the film suggests, an anorak!"

"If your dream is to make it big in the music industry then it's natural to think that that can only be achieved through singing in English. However, Gwenno's success with her album Y Dydd olaf, and also folk band 9bach have shown that you don't have to compromise if that's your choice. It's a way to stand out from all the thousands of other bands."

However, Davies is thrilled to see  that many bands choose to sing in Welsh. With only twenty percent of the Welsh population speaking the language, it remains a challenge and there is some way to go. To secure the survival of a small language, there is a need for all the different forms of creative expressions to be kept alive, including fiction, poetry, drama, TV and film.

"The music scene is without a doubt pulling its weight, and through showing this in my film, and hopefully getting it to cinemas across the country, I also hope to express this passion and love for the language in my own personal way, adding the need for indie Welsh language films being seen in cinemas."

Gruffydd Davies is in the process of raising the finances that will enable him to screen the film in cinemas across the UK next year, so here is to hoping Anorac will reach your cinema then.