Posted by Fred Bambridge on December 13, 2018
The Scottish quartet have had a great year... so far with sell out tour dates, viral tracks and praise from every corner of the music industry. They've also played their fair share of festival slots, with TRNSMT probably being one of their personal highlights. 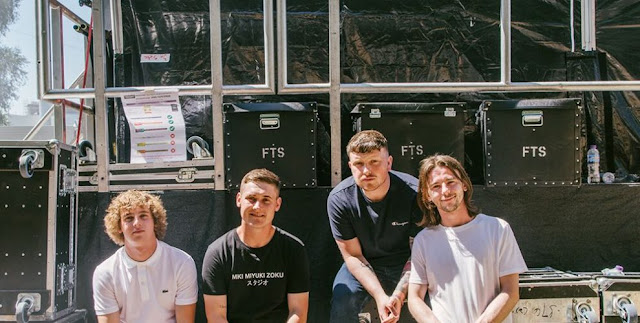 Their early demos have become somewhat of a viral success for the outfit, with loads of streams coming in on YouTube and Spotiy, however this year it's seen them drop two singles, "Seasons" and "Manhattan Project", with the latter gaining them a lot of attention on the airwaves as well as sneaking it's way into lots of playlists.

It was produced alongside the experienced figure of Dave McCracken, and it's a great taste of what the band could be offering for 2019. So listen to the band and fall in love, be sure to follow them on the socials too, they do love playing a surprise show or two! If you're fans of Catfish and the Bottlemen then you'll love these guys as they too are anthemic and have grown by word-of-mouth.