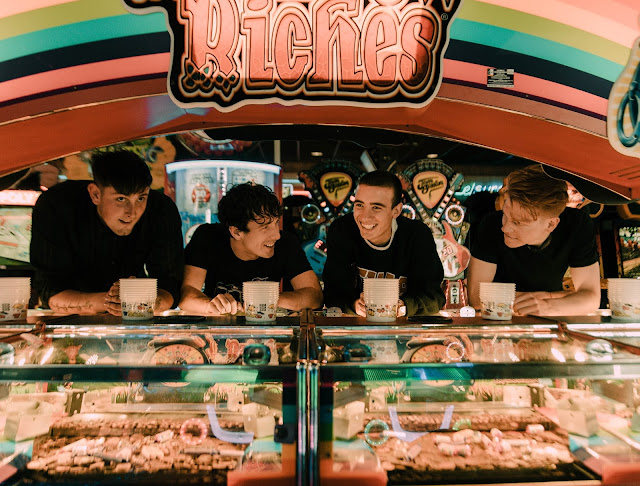 If ever you needed confirmation of the indie music scene's life-blood pumping in the North, Dunfermline band Dancing On Tables, should be your case study.

Since forming the band in their school days, they've gone from strength to strength. The band were signed early on by US Label LV Music, who went on to release their first single OH, followed by the Space Race EP. The two releases received support from Wonderland Magazine, Clash Magazine, Shazam and Record of The Day. Spotify’s curation team have also backed the music on their Indie Roadtrip, Indie Chillout and New Music Friday playlists, resulting in millions of streams worldwide.

They also spent a good chunk of last year, supporting fellow indie risers Cassia on their tour, as well as shows at The Great Escape and Live at Leeds. For 2019, the boys have shared Black and it's a vintage piece of Indie-Pop from the young songwriters. Starting slow, with acoustic elements, they build the crescendo to an anthemic chorus with expertise. Check it out below.