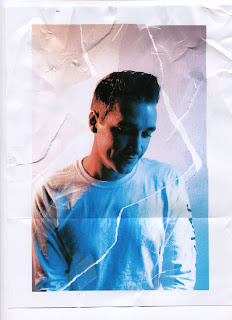 Amassing over 120 million streams across his back-catalogue of singles and remixes so far in his career, Louis continues to garner widespread acclaim on account of his fresh R&B influenced sound, and hip-hop leaning tones. Following up the success of singles like ‘Rewind’  (feat. Ashe)’ (5 million Spotify streams) and ‘Surreal’ (7 million Spotify streams), ‘Way Back When’ also includes the LA-based producer’s most-recent release ‘Supposed To Be’ (feat. Duckwrth & BAEGOD).

Featuring a wide-range of collaborations across the album, Louis teams up with DUCKWRTH, Ashe, NoMBe, Reo Cragun, RKCB, Ariel Shrumpet, Armani White,  BAEGOD, Opia, Matt Zara, Anomalie, BXRBER, Beliah, and Keiynan Lonsdale on ‘Way Back When’. The album displays a vast range of varying sounds, including the glitchy-synths and deep guitar riffs of ‘Restless Sea’, an anthem topped by the efforts of indie electronica group, Opia. Whilst LA-based band RKCB provide a chilled down-tempo feel on Louis’ ‘Surreal’,

Louis Futon’s production process has gained widespread acclaim with his ‘Beat Challenge’, a favorite with fans where he creates unofficial flips of popular mainstream tracks on the spot. They’ve amassed over 10 million plays, including Frank Ocean’s 'Solo’ and Kendrick’s Lamar’s ‘Pride’. Louis’s first beat flip of 2019, James Blake’s ‘Retrograde’ , racked up over 60,000 plays since it drop last week.

Fans can expect several headline shows and festival performances throughout 2019. In April, Louis Futon will debut an all new live showcase at Los Angeles El Rey Theatre on April 26th and San Francisco’s The Independent on April 27th in celebration of the album featuring live instrumentation and special guests.

Louis Futon’s ‘Way Back When’ album is set to drop on 22nd February.