Posted by Chris Graham on March 29, 2019
Bristol natives Bridges seem to thrive on the road and have recently announced a string of new dates. This news was preceded by visuals for their track ‘Amor’ which is a bit of an ode to love and life on the road, celebrating the rollercoaster life of touring.

We’re treated to a stripped back and contemplative music video courtesy of Peter Neill, who has captured the track’s inward lament and the band’s honest approach to their music – ‘Amor’ sees the rejuvenated band continue their output of alternative indie which is full of are raw, heartfelt expression.

Front-man Ethan explains:
“Amor has been with us a while, and with us now a fresh line up it felt right to embellish for our debut EP. It’s a song that holds a lot of sentimental value and fond memories of sleeping in a van up and down the UK. Love, distance, time - all can be complete bastards, but at the end of it all you make things work. This new start for us moves with that in mind; we’re very excited to show the world what we’ve been working hard on behind the scenes.” 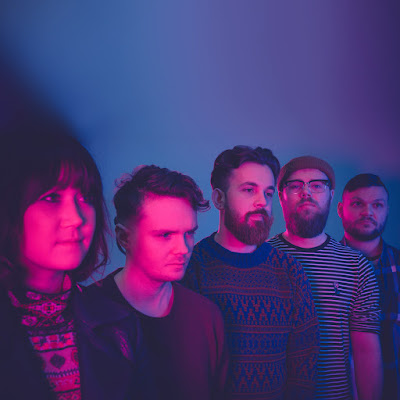 ‘Amor’ is taken from their debut EP ‘On And On Like This’ which is out now in physical form on Rose Coloured Records, and can be purchased at their gigs - we’re told to expect a digital release later in the Spring. It’s also worth checking out other tracks from the EP; ‘Maths, Science & English’ and Ghouls - the latter of which got the remix treatment from Dan Young from the band October Drift.

Their brand of alt rock has been turning heads for a couple of years now and has championed by platforms such as BBC Introducing, Amazing Radio, Artrocker and Gigwise. On the road they have already supported  George Ezra, We Were Promised Jetpacks, All Tvvins and The Coronas, have played numerous sold out headlining shows this year as well as a slot at Wilderness Festival in August and have previously played slots at Glastonbury and Leeds festivals.