Valetta release new track "My Life Is Better Than Your Life"

Posted by Fred Bambridge on July 26, 2019
Manchester based Valetta have recently shared their brand new track "My Life Is Better Than Your Life". The band are a new breed of acts who are set to take over the Manchester scene by storm with their sublime mix of indie-rock and psychedelia, perhaps influenced by the Humbug era of Arctic Monkeys.

The band however are looking to make a name for themselves with their relatable lyrics - such as this one which is about a tongue-in-cheek lament of image and validation in the age of social media - solid chord progression and a real drive behind their bold choruses. 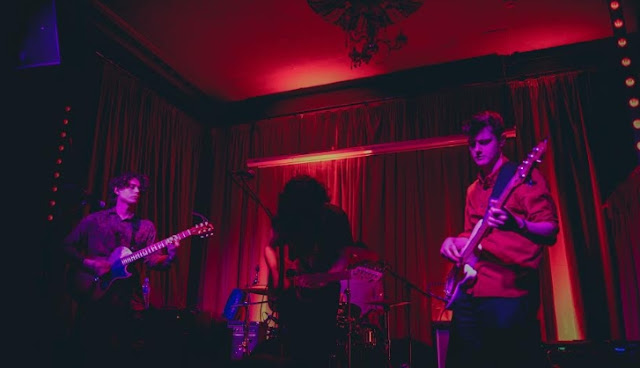 Of the song, lead singer and songwriter Alex Orosa said: “We chose this tune for the live session because it’s probably the most fun to play, and it goes down very well at our shows. Musically it’s a fairly simple song, but I think it shows how we like to have an idea and by the end of the song have taken it to a completely new and unexpected place. The lyrics are quite cynical and mocking, but are meant to be tongue in cheek. It’s both a criticism of Instagram-induced vanity and the grumblings of a confused technophobe.”