Posted by Fred Bambridge on September 18, 2019
Originally forming as a trio in the southwest port town of Weymouth, Black Calavera today have released their rather addictive new track, "Cigarettes". It's a real step forwards for the quintet who have been making waves in the London music scene over the past year, having performed at he Monarch, The Islington, Paper Dress Vintage and The Finsbury - all before their debut single "Generation"’ was released back in in May 2019 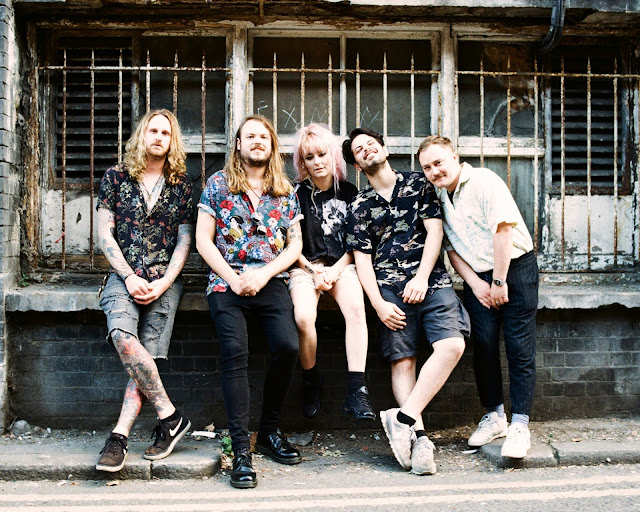 So, "Cigarettes", well apart from knowing that it's their new track what else can I say, it's got some commanding vocals from Charlie Bungay backed up with some ska-tinted guitars from Jazz Haddlesey and Matyas Csonka that helps to provide a sharp yet sweet burst to the track, and it's all wrapped up with some smooth and crunching bass and symbol perfect drums. It's no wonder people are seeing this band from all over London when they play in the cities venues, their music is fresh and yet somewhat familiar, mixing some sub-genres into their own sound, and my god, doing a fine job of it. It's fierce and smooth all in one, just hurry up and see them before they blow up.