Gaia Cauchi shines on debut single 'Why Should I' 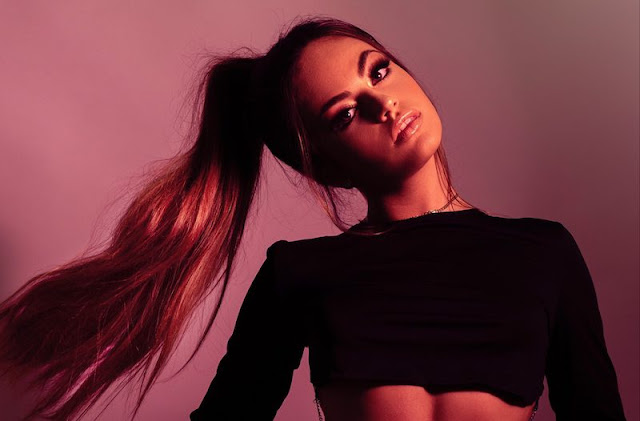 Despite still only being sixteen years old, Maltese vocalist Gaia Cauchi has already had an exceptional career in music of late. After first making waves as the Maltese representative during the 2013 Junior Eurovision Song Contest, she then auditioned for the UK X Factor in 2018, making it all the way to the judge’s houses as part of group Sweet Sense under the mentorship of Robbie Williams.

Now looking to reintroduce herself as a fully-fledged solo artist, she now kicks off the next stage of her career with her debut single ‘Why Should I’.

Taking influence from other pop icons such as Jess Glynne and Bebe Rexha, the singer delivers a bold and vibrant slice of glossy pop production for her initial release. With its light yet thunderous energy, she manages to shake off any expectations about her age and showcases the maturity of an artist that sounds like she has been doing this for decades.

Speaking about her latest offering, she said, “‘Why Should I?’, talks about a person which is kind of hurt because the other person isn’t giving their all in the relationship, even though a person is hurt and says that they “won’t care” anymore because the other person doesn’t, they might still be in love with the other person but since they’re not getting the same amount of love in return, then they might feel a bit silly to even say that they still really care deep down inside. I was going through a breakup and this song was inspired by it, I felt like I needed to write down everything that I was feeling cause there were so many emotions questions that I felt like I needed an answer to but I couldn’t really get one from anyone except him!”

Have a listen to ‘Why Should I’ in the player below.