Posted by Fred Bambridge on February 01, 2020
It's that time of the week again where us four (and sometimes a special guest) give you the run down of 4 tracks that we collectively think you need to check out, once again featuring the lovely people at Turtle Tempo, Nexus Music Blog and IndieCentralMusic.

SO let's get on with it! 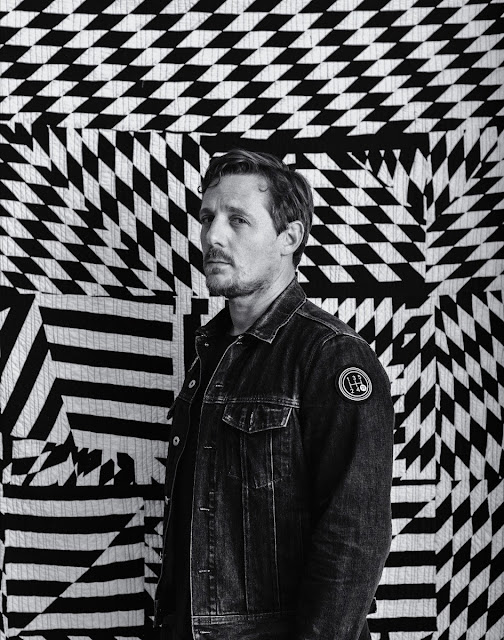 GRAMMY® Award winner Sturgill Simpson today has shared the music video for "A Good Look", which is a standout track from his critically acclaimed fourth full-length album "Sound & Fury". The whole album/OST is meaty and full of vocal wonderment, but this track alone hooked me into the album and then the series over on Netflix.

The video was directed by Simpson’s "Sound & Fury" collaborator, founder of influential animation studio Kamikaze Douga, and sought-after filmmaker Jumpei Mizusaki. Once you've checked this out be sure to head to NETFLIX to check out the full anime film that Sutrgill wrote the music for.

Deeper have returned with their latest release 'This Heat' which has been taken from the upcoming album 'Auto-Pain', set for release in March. The track tackles aspects of depression and focuses mostly on how in deep Chicago winter, the lack of exposure to the sun can cause a seasonal depression and the various happenings that accompany this.

Whilst being true to the topic, the lyrics still provide more than enough intrigue to outlast the duration of the track. There's something fairly minimal about the composition overall, perhaps it is the beauty of the arrangement that allows for such a space and opinion to exist. Either way, the track definitely has me looking forward to the March release, and I will be sure to put the track on repeat as I eagerly await the album.

Still Pigeon, remember the name. The band fuse alt-pop with a variety of their modern influences such as Rex Orange County and Easy Life and they’ve just released a brand new single titled ‘Old Self’ ahead of their debut EP, which is set to be released in February.

Originally from Oxford, the 5-piece band are now based in London and are predicted to make it big.

Hazel English - Off My Mind

LA indie-pop musician Hazel English has released ‘Off My Mind’, the new single from her upcoming debut album ‘Wake UP!’ in April.

With today’s release is a 60s visual-infused video. Hazel explains more: “‘Off My Mind’ is about feeling stuck in a situation but too afraid to make a move. It’s about the limbo state between where you are and where you want to be.”

The LP follows the grainy lo-fi production of 2017's double EP Just Give In/Never Going Home for something a whole lot brighter, direct and immediate.  Hazel English hasn’t lost that melodic ear, and the album explodes in colour with a real uncomplicated pop sensibility. Dizzyingly vivid, Wake UP! is a punchy record that arrows straight for the jugular.

Produced by Justin Raisen (Angel Olsen, Charli XCX) in LA and Ben H. Allen (Animal Collective, Glass Animals) in Atlanta, it’s a record that English serves as a timely klaxon to give us all a meaningful shake and become more present – “Sometimes I feel like we’re just sleepwalking through our lives,” hoping that Wake UP! helps “make people become more aware and mindful.”