Posted by Fred Bambridge on May 22, 2020
Annabelle's Curse have recently unveiled their glowing new track, "New Glow", which is lifted from their forthcoming album - due out later this year. Hailing from Abingdon in Virginia the quintet have been releasing music since 2011 and have a fantastic back catalogue of folk music, with the latest addition being "New Glow".

The new cut is the outfits third single to be released this year, and as I mentioned before, it's promoting their new album - "Vast Oceans". The track is a delicate track which takes the listener in a trance with the vocalist singing about reflecting about love and it's power.

With the band citing influences as varied as Grizzly Bear, Doomtree, Bon Iver, Run the Jewels, Hudson Mohawke, and Modest Mouse the band's sound is so expansive and has lots of textures - from good old guitars to mandolin and banjos. 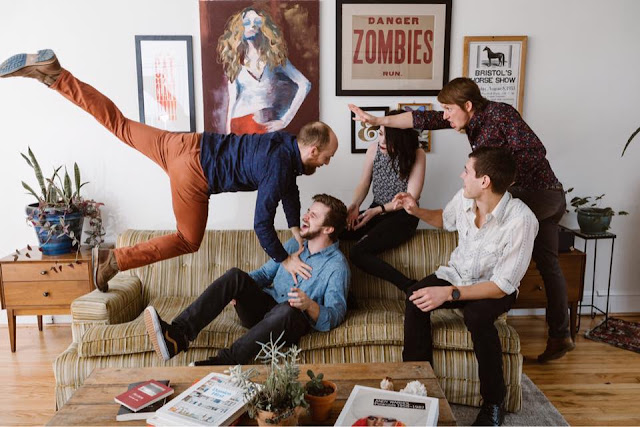 Speaking about the band and their crative process, Zack Edwards (guitar) says - "We're very rhythmic and we have a great deal of drive. It brings us great joy, so much so that people often comment on how great it is to watch us, because they can tell we love what we are doing. We carry a very strong message, but it doesn't really fit or even want to fit in a genre. We make a spontaneous sound that just seems to happen."

With the band gearing up to the release of their new album, the momentum is definitely there for their latest LP to be one their fans are going to lap up and ones that fans of folk music will adore. "New Glow" is a fantastic track to get into Annabelle's Curse with, and if you like it then you'll love what the band has to offer. So be sure to head on down below to check them out on Spotify and their socials.