DRIFE unveil new single "Leave It All Behind"

Posted by Fred Bambridge on May 12, 2020
Hailing out of the gorgeous nation of Luxembourg, Drife have recently unveiled their fantastic new cut, "Leave It All Behind". The song is their second ever single and from what we can hear is that there is a lot more to come from the six piece.

The band formed back in 2018 and comprise of lead singer and guitarist Jeff and his sister Patrice as backing singer, guitarist and percussionist, Michel on bass guitar, Lex on drums, Bruno as lead guitarist and David as violin player.

Now on "Leave It All Behind", the start of the song is a real heart-on-your-sleeve affair, with some strings and guitars remind me a lot of Oasis when they were at their best. So it's no wonder when I found out their influences were the Manchester band as well as a lot of artists from that era such as The Verve, Feeder and The Charlatans. They've really put their time and effort into this one making it sound like an epic single from the mid Brit-Pop era, but with enough flavour of the current late 10's guitar tones to make it sound as fresh as it can be. 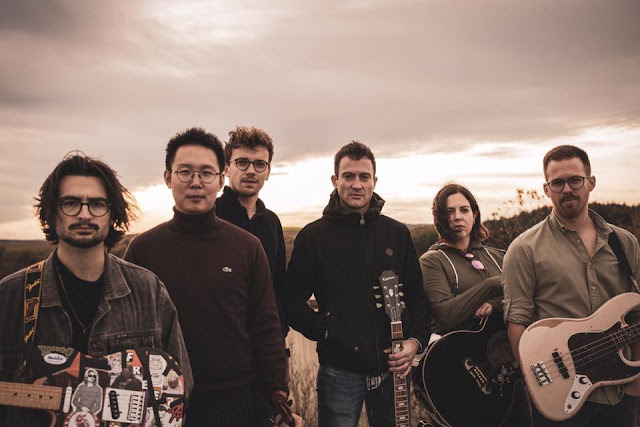 I do not know a lot of bands in this small nation, but Drife are right up there with one of the best finds the country has to offer. Having been to their country earlier on in 2020 and seeing the beautiful countryside I'm not surprised that they had lots of inspiration to draw from while creating this track.

Speaking about the track, Jeff says - "After having seen this film, I  wanted to write a song that should encourage all people going through bad times to leave all the bad things behind and look forward to focus on the positive aspects in life."

You can check out Drife's brilliant new track, "Leave It All Behind" down below, and be sure to follow their Spotify to listen to their debut effort too. With a festival performance under their belt already and two singles, the band are steadily climbing the ladder and won't be much longer until everyone in Luxembourg knows about them. But before that happens, be sure to jump on this hype train before it's too late.