Posted by Fred Bambridge on January 31, 2020
Liam Gallagher and Eric Cantona. Although they’re separated by the blue of City and the red of United - but they're fan of each others work. Which is how Eric Cantona came to star in Liam Gallagher’s new video for "Once" which you can check out below.

Speaking about Eric, Liam said - "I’m absolutely thrilled to have Eric Cantona, the last rock ‘n’ roll footballer, star in my video for "Once". Songs like this don’t come around very often and neither do football players like him." 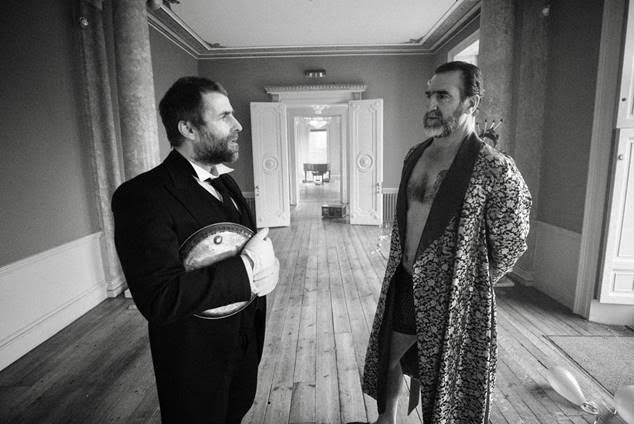 Liam considers it to be one of his best songs and that magic is evident in the track’s intimate original demo. That early version of "Once" features on the new "Acoustic Sessions" EP.

Liam commented, "This is the original demo. It’s my favourite version; it’s silky smooth and it's fizzy bubblech. Turn off your mind, relax and float downstream!"