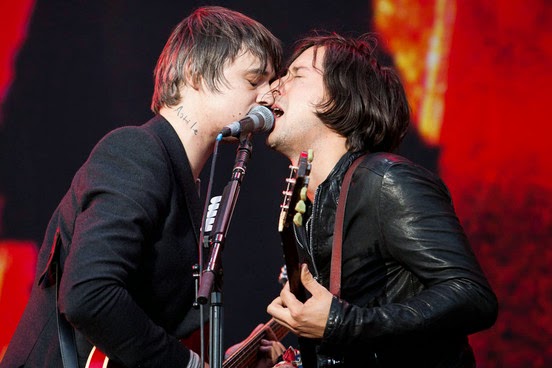 Want to see Pete Doherty and Carl Barât playing together for the first time since 2010 and since announcing their bands renuion? Then look no further.

The pair, who will play a special Libertines reunion gig at London’s Hyde Park this summer with fellow bands members Gary Powell and John Hassall, have been filmed in Barcelona this week – practising old Libertines track, ‘The Domestic’.

The emerged footage was secretly recorded on a camera phone and shows the co-frontmen playing the track (which was penned before the London band had signed to Rough Trade) acoustically, outside at night.

You can watch the video via this link:
http://m.youtube.com/watch?v=WKDhqnc0q9Q