Posted by Jason Hare on September 25, 2016
'Ull is certainly getting to grips with being in the limelight and next year's City of Culture title will be the making of the city for sure. However, this year has been a tantalising foreplay of things to come.

A perfect example of this is Trinity festival currently on the go this weekend. A free to attend festival that has been showcasing some of the best local talent, along with a couple of cracking headline acts. Today is The Hoosiers taking to the stage but last night was the fresh and exciting Clean Cut Kid. 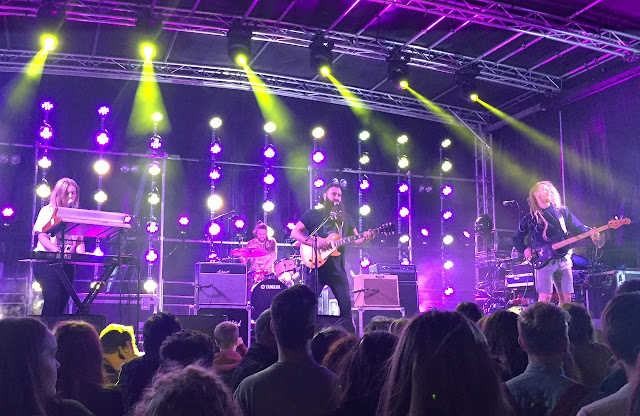 CCK have recently dropped a wonderful EP which really has been a playlist favourite for me. Having seen them a few times now, I think last night they were better performers than ever. Particular references to beard envy, inviting people from Hull for a beer with them and playing a gig in my house where they would trash it seemed to go down well as between song interludes.

Back to the music though and the band played through a solid set list of hits such as 'Pick Me Up', 'Vitamin C' and newest single 'We Used To Be In Love'. A usual bouncy effort throughout meant it appeared as though the band were really enjoying playing on quite a spacious stage for them to strut their stuff.

After a jam packed summer of festival performances, the band are still going strong, heading out on their own headline tour in October so be sure to check out where you can go see them for yourself.

Love this tune off the new EP btw...