Posted by Alexa Wilde on September 08, 2017
Indie-hearthrob, Cape Cub returns with dreamy, hook-driving single, 'Flowers'. A song about overcoming fear through the strong bond of a loving relationship, the man behind Cape Cub, Chad Male has forged an infectious arrangement of lavish combination of piano and guitar with chopped, hook-ridden vocals. The powerful and delicate arrangement builds naturally with Chads' preference for uplifting and rousing melodies.

Chad comments more on the context behind the single "In 2017, I've gone through some of the best and some of the most painful experiences of my life. The making of this new music and the writing of these words has been hugely cathartic, and that's exactly what Flowers is to me. It embodies a complete release of emotion”. 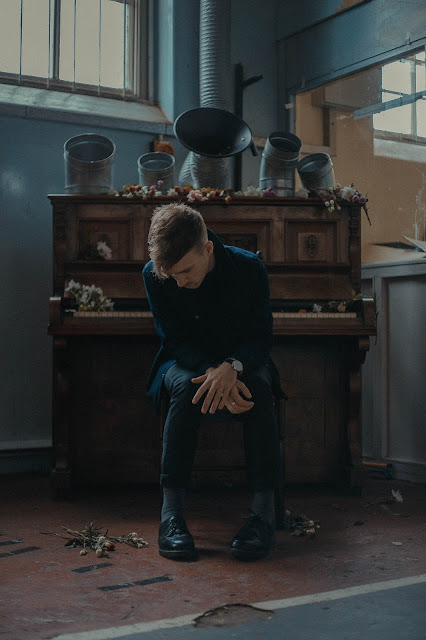 With two releases last year; Closer and 6am EP, these releases were deeply influenced by the dynamics of heading to his twenties and Male’s personal attachment to his hometown of Marske-by-the-Sea on the North East coast. Flowers is an optimistic and assuring sign of the music that is yet to come from Cape Cub, having been holed away in his North East studio working on new material during the first half of 2017.

"In these next few Cape Cub singles, starting with Flowers, I guess I'm exploring the highs and lows of what it means to be a person today in this crazy world we live in, and thinking about what it means to exist. These songs are my diary entries about stumbling and traversing life without a guidebook or a how-to... because at times I've been crying out to find one” added Male.

Nodding to the iconic storytelling, vividly human imagery and natural showmanship of Springsteen, Death Cab For Cutie and Brandon Flowers, as well as the new wave of contemporary British alternative electronic and pop producers in Maggie Rogers, Aquilo and new label mate Kyko, Cape Cub’s music is rooted in the vitalness and warmth of human relationships.