Posted by Chris Graham on February 09, 2018
Coming straight out of Berlin - the instrumental based trio, composed of violinist Bennet Cerven, guitarist Florian Eisenschmidt and percussionist Oliver Maguire make The Trouble Notes. Describing themselves as ‘Indie-Gypsy fusion’, their music forms lavish instrumental ballads reflecting a wild mix of cultures that take the listener back decades or even centuries.

Marveling a unique sound, representative of their extensive travels and consequent musical development - their music is defined as ‘music from everywhere for everyone'. 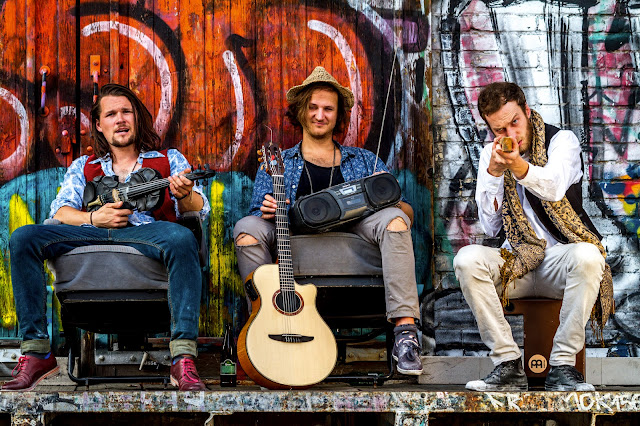 Their new single, Lose Your Ties comes is an immersive, emotionally charged and thrilling piece of music. We premiere its exciting video, which takes a look at the video's protagonist who ventures abandon his everyday job to stretch across mountains and more.

This track, as with their other releases, deliberately lacks lyrics to allow the listener to create their own vision of what transpires during each song, to allow people from any corner of the world to embark on a cultural and geographical expedition.

The Trouble Notes tell Its All Indie more about the single…“Lose Your Ties is our story. The song is about that little voice that pops into your head while you’re sitting in front of your computer at your desk job. The one that says ‘What are you doing with your life?’ We chose to follow that voice and it took us on this wild journey. Lose Your Ties is the first of many stories we are ready to tell.”

'Lose Your Ties' is the self-titled track from their debut album, which is to release 16th February.
Pre-order the album here