Posted by connorpwillis on June 11, 2018
With less than eight weeks until 110 Above Festival begins, organisers have now announced day splits and that, for the first time, they will be releasing a limited amount of day tickets. 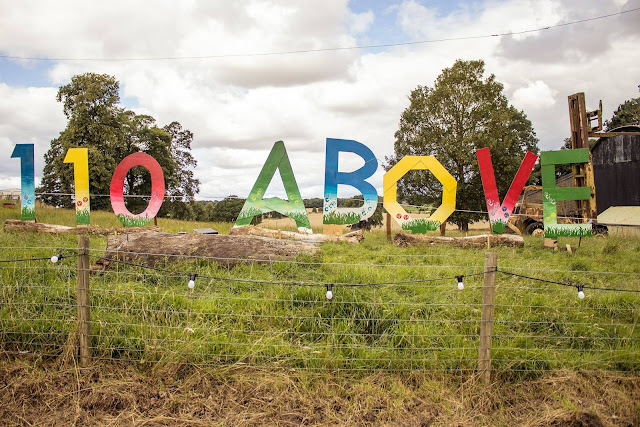 Headlined by Fickle Friends on the Friday, Keir, Youth Club, and Flyte will join them on the main stage. Taking to the Old Town Hall on day one will be High Tyde, Freak, Jerry Williams and Bloxx. Lola Young, Joel Baker, Hunger Moon, Mike Wyatt, James Bakian, and Beautiful Thing will all open the first day of the Gospall stage. There will also be the '808 takeover' by DJs at the Old Town Hall on Friday night.

Saturday sees the biggest headline set to date with Liverpool-quartet Circa Waves taking to the stage. They will be joined by The Magic Gang, The Beach, Haus, Judas, Rascalton and Deco.

The Old Town Hall will close on Saturday night with a set from Saint Raymond. But not before Jade Bird, Airways, Jordan Mackampa, Maisie Peters, Idle Frets and Only The Poets all play. Once again, there will be DJs on afterwards until the early hours of Sunday. The Gospall Stage will play host to Late Night Picture, Tors, Klara, Balcony and Emily Lockett.

The final day will come to an end with Peace, Blaenavon, Marsicans, Eliza and the Bear, Anteros, Hey Charlie and Spinn on the Commune Stage. Marika Hackman, Seafret, Ten Tonnes, Sea Girls, Fast Car To Florence, Lucia and Low Island will close the Old Town Hall. Meanwhile on the Gospall Stage, it's Orla Gartland, Bryde, Katie Kittermaster, Adannay and Sam Martin who have the job of performing on day three.

Idle Frets, Deco and Casey Lowry will also perform late night sessions on Saturday night. Patawawa, Fast Car To Florence and Only The Poets will take part on the Sunday night.

Due to demand, 110 Above will release a limited amount of tickets tomorrow (12th June) at 9am.

The festival takes place from August 3rd - 5th in Warwickshire. Tickets on the final tier are available now, hurry to get yours before it sells out.
110 Above Festival News