Posted by Chris Graham on February 21, 2019
There’s a lot of truth behind the idea that ‘less is more’, especially as far as Manchester’s The Slow Show are concerned. With a name that manages to effortlessly encapsulate the band’s ethos, the four-piece harbour an innate ability to craft emotionally charged narratives, delicately layered across richly detailed compositions, which in turn, first appear to be within a minimal framework.

It’s an aesthetic that’s served the band well since their inception, a combination of seemingly disparate influences coming together to create something that feels much more than the sum of its parts. From the literary influence of authors such as Karl Ove Knausgård, to the classical and jazz training of band members Joel Byrne-McCullough (lead guitar), Frederik 't Kindt (Keyboards) and Chris Hough (drums), everything about The Slow Show sets them apart from their contemporaries.

If White Water, the band’s debut album, was a haunting, somewhat somber affair, and its follow-up Dream Darling was where the classical influence really began to take hold, then their forthcoming third record is where such influence really comes in to its own. 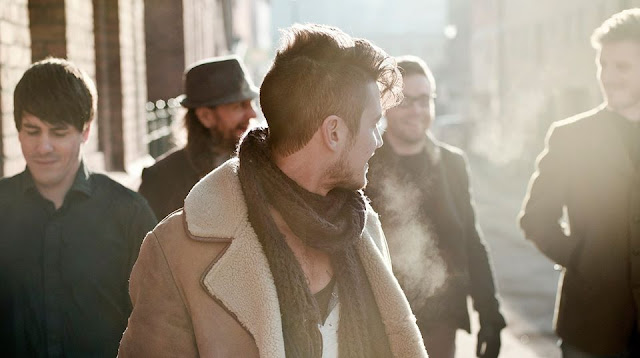 Never has this been more evident than on ‘Sharp Scratch’, the band’s latest single and the first to be taken from their forthcoming, and yet to be announced, third studio album. Four minutes of imposing peaks and devastating troughs, it’s a track both as fragile as it is dramatic, and truly feels like a band on the cusp of something huge.

“This song was written during a period of chronic pain and ill health.” explains frontman Rob Goodwin “Whilst not explicit, it deals with the precarious nature of our health and the associated anxiety, hope and despair.”


These emotions, regardless of how conflicting, are mirrored perfectly in the song’s organic ebb and flow; the unquestionable optimism in its rich, orchestral swells, the closing moments of quiet resignation or the metaphorical fragility of the finger-picked guitar.

An ambitious track, built on subtle nuance, its combination of contemporary and classical arrangements epitomise The Slow Show perfectly. Though just the tip of the iceberg in comparison to the recently finished album (mixed by Ian Grimble and will be released later this year by Play It Again Sam) ‘Sharp Scratch’ is welcome return for the Manchester four-piece.

You can catch The Slow Show at the following dates. Tickets are on sale at 10:00am on Friday 8th February at www.theslowshow.co.uk.

Keep up to date with The Slow Show here