Posted by Chris Graham on September 11, 2019
With an impressive back-catalogue of live-performance collaborations including Stevie Jackson of Belle & Sebastian, and Swedish Grammy Winners bob hund and The Hellacopters, the multi-instrumentalist and producer Sofia Härdig returns with new single ‘INFATUATION’; first taste of the forthcoming album.

Squalling guitars signify Härdig’s chaotic presence, while chugging bass parts pave the way for her intense vocals. Having produced and played the entirety of the album, the Swedish-native’s eccentricity shines through her Siouxsie and the Banshees-esque vocals on her latest cut, giving us a preview of what to expect from the new record entitled ‘THIS BIG HUSH’. 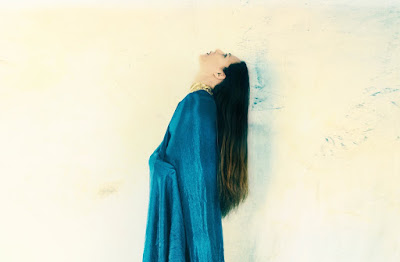 Talking to us about the single, Sofia says “I built this song on a riff that I really loved, building up a groove and then adding backing vocals and playing percussion with whatever I found lying around in the studio and studio kitchen. I used film reels, a serving bowl from IKEA, egg, yar, a knife and fork, to creating an overall feeling of skating down Sunset Boulevard in a Mohikan with a ghetto blaster on your shoulder”.