Posted by Fred Bambridge on January 15, 2020
APRE have been a slow burner in my eyes over the past two years, but that's never a problem as they have a great catalogue of tracks already that fans can sink their teeth into right away! Currently sitting at 4 EPs at 4 tracks each they can easily fill out a large venue and play a decent long set! Back to their past year, so with the release of "The Guns Down" EP came a huge amount of online love with playlists and blogs picking them up as a band to be keeping an eye on for 2020, hence why they're so high up on this list. 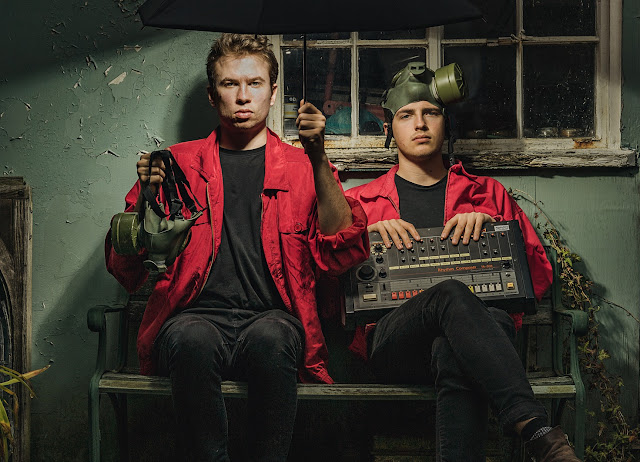 Back when they debuted their first tack "All Yours" hit number-one on Hype Machine, with Radio X also picking them up and giving them some love. The band have since sold out SCALA in London and have embarked on a UK tour with a slot at Glastonbury Festival last year showcasing what an exciting band they are on the live circuit with the tent absolutely packed out.

With 2019 seeing BBC Radio 1's Annie Mac loving their new tunes, comparing them to 2000s-indie heroes Foals and Bombay Bicycle Club, and for me with a little flavour of Friendly Fires in the mix for good measure. The band have already playing at The Great Escape, RiZE, Barn on the Farm and Glastonbury it's no wonder people are latching onto the electro-pop band, they're definitely going to be huge this year! Be sure to give them a like and a love on social media, they're about to explode!