Circumnavigate unveils their dreamy new single "Layer You Up"

Posted by Fred Bambridge on May 18, 2020
Circumnavigate have within the last week unveiled their dreamy new single "Layer You Up", which is their first slice of new material since their 2019 single "To Build a Home". The band are currently based out of London but have their roots embedded in Norway having originally come from Oslo.

With over 400k plays on Spotify and over 30k monthly listeners the band really have matured into an outfit that certainly delivers with every release. The quartet have landed their tracks in a US feature film (with three appearing to date) and also being picked up by the good folk at BBC Introducing and also Folk Radio UK. 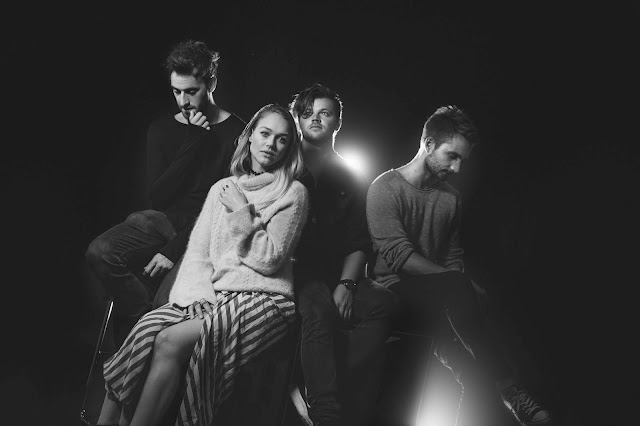 So more about the track, why not, the new effort is their most delicate yet with some soft boy/girl vocals that instantly remind me of Oh Wonder and WET, but mixed in with some cinematic piano tones and smooth 90's sounding production. Not saying that 90's production is bad at all, but this reminds me of those pop ballads that I'd use to listen as a kid.

Speaking about the track the band said - "This single is inspired by seeing someone having a hard time and offering to shield and protect them."

There are many bands out there hyping their music to be big, bold and cinematic, but Circumnavigate really are one of those acts that deliver on their promise. Delicate vocals and atmospheric textures help craft a single that will stay with you forever, Circumnavigate are on the cusp of stardom it sounds, so be sure to follow them on the socials before they sell out venues all over the UK!