Posted by Fred Bambridge on May 04, 2020
Jordan F late last month unveiled his exciting collaboration with Zealyn, "Anywhere". Jordan F is currently based out of the beautiful and sun-kissed city Sydney in Australia, and Zealyn (vocals) is based out of the equally sun-kissed city of Los Angeles in the USA, so when the two come together it's no wonder the final product is something that you'll expect to hear in a feel-good playlist.

The track has some nostalgic sounding pop hooks, taking us back to the early 90's, but without forgetting the synths sounds that has helped get Jordan F over three million Spotify plays, if it ain't broke don't fix it basically! Zealyn's vocals just soar with this track, helping to enhance the summer ready feel-good anthem even further, it's got that feeling that you can easily listen to it on repeat for hours and not get bored. 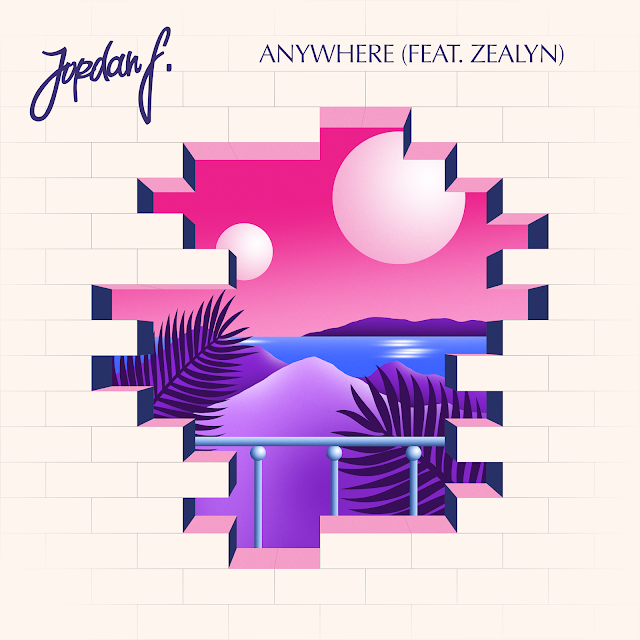 Speaking about the collab Jordan F says - "Zealyn's manager contacted me last September after hearing my music at a Muse concert. When introduced to Zealyn I was blown away by her music and we were both really excited to collaborate. Zealyn elevated the track into a mesmerising state of nostalgia and was able to weave her empowering vocals through a complex melody. Despite us living on the opposite sides of the world the process felt very relaxed, fun and natural."

Speaking about the lyrics Zealyn explains - "I came up with the lyrical concept for this track while I was on tour, and the song sort of wrote itself. As much fun as touring is, it's inevitable that you'll grow to miss loved ones and the normalcy of every day life. This song expresses the conflict between doing what you love to do, while experiencing loneliness and wanting to go anywhere or do anything with the one you love."

It honestly sounds like these two are a match made in musical heaven, having both come from cities that are famed worldwide for their majestic sunshine it's no wonder their collaboration came out the way it did. So head on over to Spotify and follow both Jordan F and Zealyn and check out their respected pieces of work, you won't be disappointed. May I recommend Jordan F's 2014 track "Take Flight", which is an 80's throwback and Zealyn's dark cut "So Damn Charming".