Posted by Fred Bambridge on May 01, 2020
Hailing out of Vilnus, Lithuania, shishi have revealed their crunching new cut "Mafitishei". "Mafitishei" is the first track from the trio's new album of the name name, with this being their first song to be released since their 2018 album "NA x 80".

Speaking about the song the band said - " ... [The track is] about being overwhelmed by people - when nothing makes sense, everything starts sounding like - flachudi kliush mafitishei. You’re lost and confused, and tired, and on the top of that lazy to deal with any of this." Of which we can all relate now as nothing really makes sense in this current world climate. 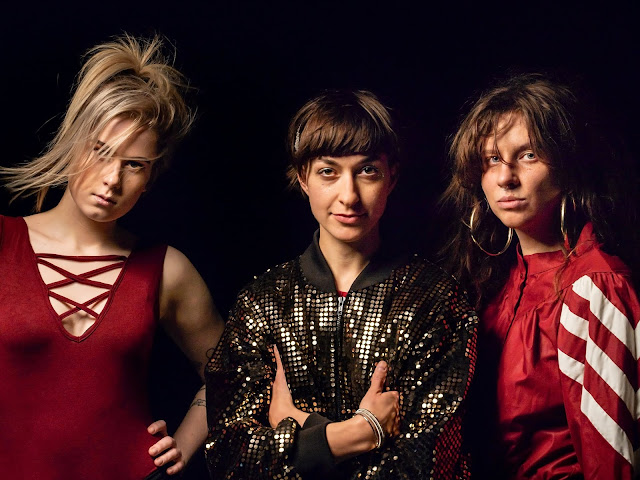 The new cut is just shy of the three minute mark and beautiful harmonies in the intro which lulls you into the track, before the edgy guitars come, as well as the almost punky vocals. The song reminds us more of post-punk revival, the sound that was very prominent in the mid 00's, but what the trio have done here is put a Baltic twist on it, with some punchy hooks laced all over the track and the sing-a-long worthy vocals.

If there is any band out of Lithuania currently you need to check out it's shishi, their new album is going to kick things off when it drops. SO be sure to follow them on the socials and also Spotify to stay up to date with their new tunes.